In this post, I hope to think through how TEMPL (or whatever our lab will be called) might go about using computers and objects in order to practice media ecology by making. In order to do this, I will draw on, but also distinguish my position from, Ian Bogost's Alien Phenomenology.

First, a word about "data materialization." This term arose as a few of us outside of class met to discuss what the lab would "do." Since we were interested in both the screen and software, hardware, and the e-waste, we decided that to argue for data "visualization" would be too limiting. Aaron, who will go into more detail on this idea at a later date, mentioned a 3-d printing of an ecology of relations. Each iteration was different and revealed different things about the data ecology. From this idea, we came up with the idea of "materialization" to refer not only to the physical object, but also to nod toward the move toward re-materializing information. As N. Katherine Hayles points out in How We Became Posthuman, information has seemed to have "lost its body." However, information is always in-formed by its material existence. "Materialization" then does not just refer to 3-d printed objects,but also to the 'materialization' of data in a program, game, or academic essays. 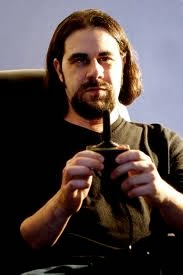 In Alien Phenomenology, Ian Bogost laments that "philosophy" is only enacted in written form: "writing, always writing" (Bogost 88). He argues that since academics are not even good writers and that our writing typically takes the form of nit-picky critique, perhaps "a metaphysician ought to be someone who practices ontology" (91). Bogost shifts back and forth between the idea of academic scholarship as written scholarship and "philosophy," confusing the two. Instead of philosophical treatises, Bogost calls for, following Graham Harman, "carpentry."

"Carpentry" is an interesting metaphor for many reasons. For one, it allows Bogost to make problematic claims concerning "materiality." While he admits that "written matter is subject to material constraints," he argues that with few exceptions "philosophical works generally do not perpetrate their philosophical positions through their form as books" (93). "Carpentry," however, "must contend with the material resistance of his or her chosen form, making the object itself become the philosophy" (93). This position denies the materiality and inhuman resistance of language. In an unfortunate reduction of language, Bogost writes: "Language is one tool we can use to describe this relationship, but it is only one tool" (100). Thus, language, unlike objects, is an instrumental tool deployed by humans to philosophize. In addition, the form of a book (and the genre of that book and its audience) does indeed place material constraints on the author and contributes just as much as any other medium to philosophy. Regard, for instance, Hegel's extensive reflection on "the preface" and Derrida's subsequent reading of it.

Bogost justifies carpentry as a metaphor in a questionable manner: "it extends the ordinary sense of woodcraft to any material whatsoever--to do carpentry is to make anything, but to make it in earnest, with one's hands, like a cabinet maker" (93). "Carpentry" then reinforces this notion that it is the sovereign human subject, with his non-prosthetic hand, crafting a raw material rather than the kind of non-human turn Bogost and OOO seems to be want to reach.

Harman rarely mentions contemporary technology, preferring objects like hammers, but Bogost at least tries to address computer technology. Bogost asks how computers, cameras, and other objects "see" the world. While we can obviously can never no exactly how a thing experience the world, Bogost suggests that we create interfaces with human beings to try and grasp how the material technology changes the way an object sees the world. He writes,

"The experience of things can be characterized only by tracing the exhaust of their effects on the surrounding world and speculating about the coupling between black noise and the experiences internal to an object" (100).

Ignoring Harman's language of "black noise" here, I think that the idea that we trace the "exhaust of their effects" is an interesting way to try and track and then create an interface between humans and other objects. I am actually in favor of this as I think it reflects the ecological imperative of "tracing" the marks left by non-human beings.

However, Bogost's second point -- that we should for "experiences internal to the object" -- I think shows the baggage of subjective-phenomenology. Bogost writes,

However appealing and familiar the usual means of doing philosophy might be, another possible method involves a more hands-on approach, manipulating or vivsecting the objects to be analyzed, mad-scientist like, in the hopes of discovering their secrets (103)

This notion of "secret" or "core" or "withdrawness" in objects is the reinscription of a metaphysical "inside" of an object that recalls Kant's "in-itself." Everything we do to an object or every attempt to represent the object is a "caricature" of it's withdrawn essence.

For Bogost and for Harman, objects are withdrawn into themselves that any access an object has to any other is "metaphorical." While I agree with Bogost that we should create artistic projects as interfaces with technologies and other non-human artifacts, I think that his emphasis on the internal workings of technologies short-changes the ecologies of these artifacts.

But although these projects are informed by philosophy, I would hesitate to say that they enact philosophy in the same way. These projects are art performed with philosophy in mind. We want to find a way to artistically present data. Instead of thinking how a particular technology perceives, it may be useful to make things that shows how different ecologies perceive data differently.

In contrast, Bogost seems to want to induce "wonder" at these artworks and thus produce wonder at the technologies they seek to metaphorically represent to human beings. It seems to me that rather than taking the pieces apart to understand, the goal would be to enchant and mystify the technologies, creating "allure." 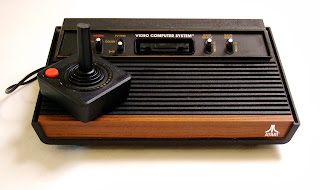 For example, after embedding his teaching of the Atari system in a media archaeological context, Bogost writes:


But what's lost in this rhetorical process? The 6502 microprocessor and TIA graphics chip are ontologically de-emphasized, allowed only a relational role as thing in a larger network; the evolution of computing, low-level systems programming, pedagogies of the practice of fundamentals, professional skill development regimens, and so forth. Yet the 6502 is just as wondrous as the cake and the quark. Not for what it does but for what it is. (128)

I would argue, however, that our laboratory and other artistic practices of data materialization should be precisely to think about what it does rather than what it "is." How can represent and materialize the different functions of a given technology or data set. Ecologies are less concerned with something "is" and more concerned with what something does --and more importantly -- what it can do.

Bogost's conception of philosophy as art (or art as philosophy -- "carpentry") is nothing more in some sense than an anthropomorphization and subject-ifying objects with a focus on perception rather than function and the impact of the traces. Tracing the "exhaust" must be taken in its environmental context as something that effects the atmosphere, exhaust which disappears from view but which haunts the environment in its impact. We cannot simply gaze in wonder.

It is only if artistic practices take into account both the internal and external functions/effects of objects and material in complex ecologies of interpenetrating discursive and non-discursive realms that art will not become a commodity/object fetishism. Our artistic production should not strive to invoke wonder, but to irritate our perception so much that we are moved to engagement and inquiry. If art evokes wonder and awe, such awe and wonder should not lead to a contemplation of the being of an object, but orient us toward response.
Posted by Jtriley at 1:54 PM