Directing Treatment: Suggestion and Interpretation in Freud and Lacan 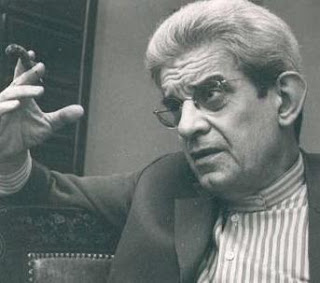 Both Freud and Lacan were constantly trying to differentiate between true psychoanalysis as a science and mere suggestion. Even though Freud began his work with hypnotic suggestion, he would eventually abandon the overt technique, since it does not admit scientific explanation. However, Freud does not deny that suggestion may still help the patient. In “Beginning of the Treatment,” he writes,

Often enough the transference is able to remove the symptoms of the disease by itself, but only for awhile—only for as long as it itself lasts. In this case, the treatment is a treatment by suggestion, and not a psychoanalysis at all. It only deserves the latter name if the intensity of the transference has been utilized for the overcoming of resistances. (377)

But treatment by suggestion is only temporary because it does not get to the root of the problem. Instead of using the transference (i.e. suggestion) in order to move to the more serious task of analytic interpretation, the transference is taken as a cure. This is usually the fault of the analyst rather than the analysand because the analyst is either satisfied that he or she has successfully interpreted the analysand’s problem or, what amounts to the same thing, is a result of the countertransference, which Lacan defines as “the sum total of the analyst’s biases, passions, and difficulties, or even of his inadequate information, at any given moment in the dialectical process” (“Presentation” 183). For instance,  Lacan argues that Freud’s analysis of Dora was unsuccessful because of Freud’s tendency to interpret from the standpoint of Herr K: “It is because he put himself rather too much in Herr K’s shoes that Freud did not succeed in moving the Infernal Regions this time around” (“Presentation” 182). In his “Postscript,” Freud says that Dora’s symptoms had subsided for awhile, but that she relapsed into 6 week case of aphonia later (“Dora” 238).  Thus, it seems that Freud’s analysis of Dora was a ‘failure’ because his analysis ultimately was treatment by suggestion. But, we might then ask, what analysis is not an analysis by suggestion? That is, how can an analyst be sure that the analysis is an “authentic” and “scientific” psychoanalysis? To put it another way, is not suggestion as transference required for a successful analysis?

To me, this question raises the problem of rhetoric, that is, of persuasion. How does rhetoric function in Lacanian and Freudian discourse? Can psychoanalysis be a ‘science’ if it uses persuasion, suggestion, or, dare I say, hypnosis? In her book Inessential Solidarity, Dian Davis claims that Freud’s science of psychoanalysis is founded by trading in “persuasion for interpretation” and “rhetoric as persuasion for rhetoric as trope” (31). We can see that this substitution also holds for Lacan through his text’s use of rhetorical tropes, while constantly denouncing ‘suggestion’ and persuasion.    In the “Rome Discourse,” Lacan argues that the importance of the dream is in its text, “that is, in its rhetoric” (“Function” 221). He then rattles off a litany of tropes that correspond to Freud’s categories of displacement and condensation, moving on to claim that “Freud teaches us to read in them the intentions [. . .] with which the subject modulates his oneiric discourse” (“Function” 222). Thus, in Freud and Lacan, rhetoric is relegated to the analysand’s text rather than to the analytic situation involving the analyst. If this so, what do we make of Lacan’s claim that the analyst function as a rhetorician?  “It [psychoanalysis] is a practice of chat…. The psychoanalyst is a rhetorician…. He does not say what is either true or false. That which is true and that which is false, this is what we call the power of the analyst. And that’s why I say he is a rhetorician” (Lacan qtd. in “What does Lacan say about Rhetoric?”). The commentator who translated this passage interprets Lacan’s position on rhetoric as a function of speaking well rather than its purpose of persuasion:

Could we not interpret Lacan here as simply pointing out the fact that the psychoanalyst does exactly what the rhetorician does: uses words in the most economical way. Without speaking poetically, or even trying to persuade, he communicates a message in a very efficient way, if at all possible by just sending the speaker’s words back to them, allowing them to hear the resonances of their own words.” (What does Lacan say about Rhetoric?”).

Not only does this misunderstand rhetoric as it has been defined since Aristotle (as the available means of persuasion), but it also disregards the function of persuasion and suggestion within the analytic situation. Borsch-Jacobsen, for instance, asks rhetorically, “what is the transference [. . .] if not hypnosis without a hypnotist, persuasion without a rhetorician, since it is produced in the absence of any direct suggestion?” (qtd. in Davis 32). Thus, transference can be understood as a form of hypnotic suggestion, a susceptibility to persuasion which forces the analyst to be constantly attentive to their role.

But as already mentioned, Freud attempted to keep persuasion at bay so as to be able to interpret from a relatively “neutral” position. According to Davis, Freud thought that those who use hypnosuggestion were like the rhetoricians in Plato’s Phaedrus, who do not “know what they are doing” (Davis 31). Freud is careful to lay out the limits of the analyst’s role: “He can supervise the process, further it, remove obstacles in its way, and he can undoubtably vitiate much of it. But on the whole, once begun, it goes its own way and does not allow either the direction it takes or the order in which it picks up its points to be prescribed for it” (“Beginning” 368-69, italics ). Similarly, Lacan maintains that even though the psychoanalyst directs the treatment, the psychoanalyst “must not direct the patient,” particularly with regard to the patient’s conscience or moral standards; such direction on the part of the analyst would lead to the analysand merely taking on the conscious values of the analyst’s ego.  However, the analyst must have some form of knowledge, most notably, when to reveal something: “by giving the patient information at the right time, it shows him the paths along which he should direct those energies” (“Beginning” 377). This idea of intervening at the right time (punctuating the analyst’s discourse) is echoed by Lacan, when he argues that the analysis of resistance is neither pointing out his or her biases that prevent he or she from understanding nor persuading, which leads to suggestion, but rather “at every instant of the analytic relation, knowing at what level the answer should be pitched.” (Seminar II, 42-43). But if the analyst punctuates he analysand’s discourse, even if he or she simply speaks the analysand’s discourse back at the analysand, is it not the case that this is a “suggestion” – a suggestion of what the analysand should interpret? Furthermore, isn’t the analyst attempting to persuade the analysand at one and the same time that he or she should continue with analysis?

In their book Critique of Psychoanalytic Reason, Isabelle Stengers and Leon Chertok ask the key question: “What if the Freudian foundation of psychoanalysis were not a break with the practices of hypnosis and suggestion, which Freud himself used, but the invention of a new way (or manner) of practicing them” (272). They answer that, for Freud, “psychoanalysis was not the opponent of suggestion, but had succeeded rather in ‘putting suggestion in the service of knowledge’ (Stengers and Chertok 272). Indeed, I think it is difficult to deny this conclusion given that Freud, in the above quotation, argues that the transference has to be utilized for overcoming the transfnerence. This is why, for Freud, “So long as the patient’s communications and ideas run on without any obstruction, the theme of transference should be left untouched. One must wait until the transference, which is the most delicate of all procedures has become resistance” (“Beginning” 375).

But when the transference becomes resistance, what is to be done? For Lacan it seems that instead of thematizing the transferece (that is, explicitly pointing out to the patient that the resistance is because of transference), the analyst should use it as a lure to continue the anaylsis: “What then does it mean to interpret transference? Nothing but to fill the emptiness of this stand still with a lure. But even though it is deceptive, this lure serves the purpose by setting the whole process in motion anew” (“Presentation” 184). That is, if the lure is a suggestion or an interpretation, the analyst cannot assume that this is the ‘correct’ and final interpretation. Rather, it should be used to continue the analysis. As Lacan says, “the subject’s resistance, when it opposes suggestion, is but a desire to maintain his desire. As such his desire should be considered a positive transference, since it is desire that maintains the direction for the analysis” ("Direction" 531).

But it must be noted that an interpretation is not the same as satisfaction of the analysand’s demand, whether that be for a cure, the analyst’s affections, or the demand to become an analyst. Neither should one interpret the transference in the hopes that once the transference is resolved, the analysis can resume as a confrontation of two equal egos who can communicate and “understand” one another (“Direction” 497). Far from appeasing the analysand’s demands, according to Lacan, the analyst has “created demand” and is the one that “sustains demand [. . .] in order to allow the signifiers with which the latter’s frustration is bound up to reappear” (“Direction” 515, 516). Except when interpretation or punctuating the discourse of the analysand, the analyst is silent, a dummy, a dead man, if you will. That demand and desire (are these two different?) must be sustained is why, perhaps, Freud cautions against speaking to friends about the analysis: “The treatment thus has a lead which lets through precisely what is most valuable. When this happens, the patient must, without much delay, but advised to treat his analysis as a matter between himself and his doctor” (“Beginning” 373). To talk to an initimate friend about what the analyst says or punctuates or what he or she has said in the analysis is to ask for a response that he or she will not receive from the analyst. The relation between friends is vastly different from that of the patient and the analyst, as the former is between two conscious egos, one recollecting (perhaps organizing) that which is supposedly free association and one responding from the position of what Lacan calls the “semblable” rather than the Other.

In conclusion, I want to suggest that there are (at least) two “lures” of psychoanalysis; the lure of an inexact interpretation that provokes the subject or patient to respond as well as—and perhaps this amounts to the same thing—the lure of the “subject supposed to know.” That is, the analysand believes that the analyst knows where the treatment is headed and can provide an answer to his problem, something he or she might understand. But, to paraphrase Lacan, desire is incompatible with speech (“Direction” 535). The subject is demanding something of the analyst, “but he knows very well that it would be but words. And he can get those from whomever he likes [. . .] It’s not these words he’s asking for” (“Direction” 515). Lacan is trying to say here that it is mistake to think that “to understand is an end in itself” and that perhaps it is better to think without understanding, to listen without response, and to engage in “a positive nonaction aiming at the ortho-dramitization of the patient’s subjectivity” (“Presentation” 184).

Chertok, Léon, and Isabelle Stengers. A Critique of Psychoanalytic Reason: Hypnosis as a Scientific Problem from Lavoisier to Lacan. Stanford, CA: Stanford UP, 1992. Print.