“The first language, or rather the determination of language, is not the trope of metaphor, but indirect discourse” -- (ATP 77) 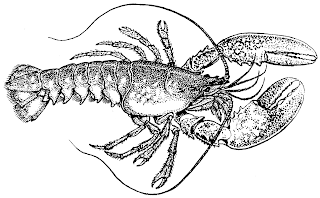 When I went to college I learned that many had mis-characterized James Joyce's main technique as "stream-of-consciousness." In Ulysses, for example, there is really only one "stream-of-consciousness" chapter -- "Penelope," or "Molly's chapter" (the very last chapter, the coda). The rest of the novel (with a few exceptions) was written in free indirect discourse. The Penguin guide to literary terms and theory defines free indirect discourse/style as "The presentation of thoughts of speech of fictional characters which seems by various devices to combine the character's sentiment with those of a narrator" and that this style of writing" (330-331). In other words, free indirect style is when one cannot mark the distinction between the voice of the narrator and a voice of a character. This can be as simple as incorporating the character's perspective into the narrator's own voice, such as this example: "Archer tried to console himself with the thought that he was not quite such an ass as Leferts." Or in Joyce's Ulysses, "--the sense of beauty leads us astray, said beautifulinsadness Best to ugling Eglinton" Here, as we can see, its as though the dialogue is bleeding into "the narrative" and who is speaking (the narrator, the "focalizer," the characters themselves) is hard to discern.

Or, even more complex, I think, is Samuel Beckett's playing with indirect discourse in his short story/novella/prose poem Company: "Another devising it all for company. In the same dark as his creature or in another. Quick imagine. The same." So many voices and different tenses. We are never quite sure who is speaking; The story is filled with images culled from Beckett's own persona history, but these are in a different "person" than other parts of the story, as if the 'narrator' (but what narrator? there is no subject called narrator) were simply imagining them, asking us to imagine these scenes with him. Sometimes the voice (who is a "character" and "narrator" all at once) is speaking "to" the reader but may also be speaking to "another" who is with him in the dark -- or maybe who is with us? In Company, metaphor is abolished. Indeed, Beckett's work in general abolishes our ability to grope for meaning of any one signifier because it is as if language is not treated as signifer/signified, but, as D&G write,

Language in its entirety is indirect discourse. Why? Because ""My" direct discourse is still the free discourse running through me, coming from other worlds or other planets" (ATP 84).

Every word that I write comes through me, through the other. Every signifier I place on this page does not correspond with one signified, but rather a whole set of enunciations and conventions. I draw from the language of D&G when I write something like "strata" or "rhizome," but, in turn, they draw from the reservoir of language of "science."

If all language is indirect discourse, then so is all Theory, and Philosophy, and Poetry. (Is this "me" speaking? It does not have quotations -- surely it cannot be "from" ATP).

I dwell on free indirect discourse so much because it relates to a question that has always fascinated me and that should fascinate any lover of language, literature, and philosophy: style. On style, D&G write,

"Because a style is not an individual psychological creation but an assemblage of enunciation, it unavoidably produces a language within a language" (ATP 97).

That is, a style does not come from some psychological state of mind that we then "translate" into language, but it is a particular marking of language, a "signature" if you will (and whose discourse is speaking through me now?). A language within a language -- not even in the sense of "dialect" but another language, a way of speaking, which leads, perhaps, to a way of being.. Thus, as Derrida (my style, my language within a language, may have foreshadowed this path) says of Celan:

"it seems to me he touches [touche] the German language both by respecting the idiomatic spirit of that language and in the sense he displaces it in the sense that he leaves upon it a sort of scar, a mark, a wound" (Sovereignties in Question 100).

And how close is this, in a sense, to D&G's claim that "one must find the minor language, the dialect or rather idolect, on the basis of which one can make one's own major language minor" (105).

Celan -- making the major language (German), minor -- making it speak of that which Germany will not speak, cannot speak. Taking the German "order words" (Arbeit! Arbeit! Achtung! --just for instance) and finding the "revolutionary potential" in it-- as poetry.

Order-words: "The relation of every word or every statement to implicit presuppositions, in other words, to speech acts that are, and can only be, accomplished in the statement" (ATP 79).

"Communication is no better a concept than information; intersubjectity gets us no further than signifiance" (ATP 78).

"Language is a map, not a tracing" (ATP 77) (and who might they be speaking to here? Derrida?)

D&G, too, use "indirect discourse," as Chapter 3 begins with a frame tale: "The same Professor Challenger who made the Earth scream with his pain machine, as described by Arthur Conan Doyle, gave a lecture after mixing several textbooks on geology and biology in a fashion fitting his simian disposition. He explained that the Earth--Deterritorialized, the Glacial, the Giant Molecule-- is a body without organs" (ATP 40).

"He was also a pretentious and self-righteous scientific jack-of-all-trades."

"Challenger was, in many ways, rude, crude, and without social conscience or inhibition."

Professor Challenger, the "character" who explains D&G's odd pseudo-scientific theory about the "strata."  Professor Challenger being the "opposite" of Sherlock Holmes -- the SF counterpart to the Detective novel (cf. Difference and Repetition).

D&G speak "through" Professor Challenger, his lecture intermingling with the indirect discourse of theory and D&G's concepts seeping into the frame tale. Everyone keeps leaving the lecture (although this reader stayed right with them to the bitter end)

"We had to summarize before we lost our voice. Challenger was finishing up. His voice had become unbearably shrill. He was suffocating. His hands were becoming elongated pincers that had become incapable of grasping anything but could still vaguely point to things" (ATP 72).

Challenger was becoming-Lobster (God is a Lobster), a double articulation, a becoming-animal (more on that later). And during his becoming (or after he became?), he flees toward the "plane of consistency."

"The plane of consistency is the abolition of all metaphor; All that consists is real."

So much more to say about these two chapters, but it will have to wait. Let me end with an idea I broached earlier; that is, that "my" direct discourse is (always) already the indirect discourse of language, of some other -- not only the signifying parts, but the a-signifying as well. Quotations from D&G bleed into my own discourse, my "own" words. Although, I never am able to fully appropriate their discourse or language (not to mention, its a translation). As Derrida reminds us (and surely not just him):