The "Holy Grail" of Design? 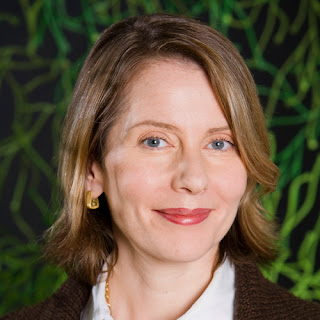 I just wanted to reflect briefly on a comment by a Curator of Architecture and Design when speaking to Stephen Colbert. Stephen asks, in his characteristic tone, "We have two sizes of Ipads, aren't we done?" Antonelli responds that we could have a 3rd, and a few more or that really, the "holy grail" of design is to make the Ipad disappear.

Stephen's question reveals one problem with the ubiquitous design paradigm: not everyone can have one. If the interface is "within" in our body, even more so than now (its not as if we are separate from our interfaces; as Marshal McCluhan reminds us, our technologies are extensions of the central nervous system) than it is like saying not everyone can have such an extravagant interface.

But aside from the question of access, the deeper problem lies in our desire for the interface to "disappear." Once interfaces disappear, we forget about them as filters and reality simply becomes "the way it is." Devices are already disappearing into our every day use of them (my computer for instance) but once they become incorporated back into our bodies, it will be even more difficult to see them as mediators, as one possible mode of existence among others.

When shown the "bee vase," Stephen's remarks reveal the problem with forgetting the materiality of the interface: "Is that more or less expensive than having Chinese people do this?" Only recently has the media made visible the exploitation of foreign labor for our high-tech devices through the scandal at FoxxCon. Still, we forgot about this exploitation and go on using our devices. The "bee vase" most likely does not only exploit bee labor (animal labor is explored by Haraway in When Species Meet), but most likely human labor as well.

Thus, if our devices our microscopic (or 'nano') then we will most likely forget this labor altogether -- until the device malfunctions.

When we talk about devices disappearing into our bodies, we tend to focus on what this does to our essential "humanness." As a relatively committed posthumanist, this is not my issue; my issues are, in addition to the ones above: What about continued tech support? If our Ipod fails, we have to throw it away and buy another one. Although this creates problems in terms of e-waste, we should also consider the possibility of the possible failure, or, if not that, the regular maintenance required for devices that disappear into our bodies.

And the Ipad (or perhaps the MacAir -- see below) is a perfect example of this, since Apple arguably makes some of the most closed and mysterious "black box" technologies of any company today. If we cannot maintain our external computers ourselves and must rely on "geniuses," a crucial device for professional life in America today, how could we ever expect to be able to maintain and care for the devices that will most likely be surgically inserted into our bodies. If this were the case, we would have to subject our embodied flesh (and not just our minds) to corporate technicians/surgeons.

What if we cannot pay for such maintenance? What if, instead of having a broken phone and being disconnected from others, we go deaf, blind, dumb -- insensate to an extreme. As we know from drugs we put in our bodies (vaccinations, SSRI's, Aspirin) anything we put into our bodies affects them in unpredictable manners and if we are allergic to a medicine or our body rejects it, it can leave traces on our body and mind. The artist Stelarc ran up against this limit when he tried to change his evolutionary architecture by grafting an ear onto his arm, complete with bluetooth capabilities. The fictional novel, Feed by M.T. Anderson also explores the problem of inserting internal hardware, particularly when this hardware is controlled by for-profit companies.

Clearly we need to think about these issues when we state unproblematically that the "holy grail" of interface design is for them to "disappear." I think Antonetti is probably aware of these dangers, but if design is sold to citizens in such a manner, we may forget these dangers in our techno-optimistic visions.
Posted by Jtriley at 11:48 AM