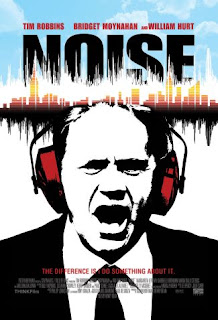 Title: Public Parasites: The Strategic Aural Occupation of Space in Do The Right Thing and Noise
Abstract:
In his book Postcomposition, Sid Dobrin argues that the occupation of space is “clearly a struggle of power, an ideological struggle to inscribe meaning.” Furthermore, Dobrin claims that only by reimagining the possibilities of space to create new places can we take the first step toward resisting oppressive and hegemonic occupations. This reimagining is the responsibility of communities who occupy space so as to define a place for themselves in the world. But space and place are always contested among different communities. Space can be fruitfully occupied through many different means, but I will focus on the use of sound. French theorist Michel Serres argues that noise, parasite in French, is intimately connected to spatial, social, and political struggles for power. Indeed, whether or not something is considered “noise” in the colloquial sense of unwanted sound depends not on a quality of the sound itself, but on the  position and power relations between those experiencing the sound.
In this paper I will deploy Michel Serres’ concept of the parasite in analyzing two films from different eras, Spike Lee’s Do the Right Thing (1989) and Henry Bean’s Noise (2008). I argue that the fictional communities and individuals represented in these films occupy space using sound in a strategic manner in order to gain access to spaces they wish to reinscribe with their own meanings, ultimately with the goal of effecting socio-political change.
Posted by Jtriley at 5:11 AM