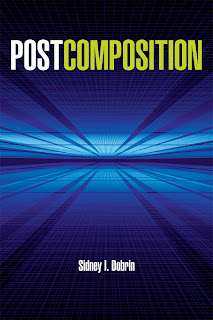 “1102: Rhetoric and Academic Research”– what does this second designation mean? The Academic Research is relegated to the second semester, usually, to the “final research paper” – what if we foregrounded research? What if we foregrounded research particularly in light of Sid Dobrin’s question of whether old rhetorical models can still serve writing studies? What if we teach our students navigation, circulation, distribution – what if we stopped thinking in terms of the “content” or what we are “writing about” but rather think about the general situation of Writing and how we can facilitate our students’ navigation of these complex, ecological systems? What if we work from out to in? What if instead of teaching close reading of texts and how to properly cite them, we teach them how to enter (and eventually saturate (Dobrin’s term)) the ecological network (that, lets be honest, they are already in)? Would this help ‘us’ to produce “intellectual” rather than purely academic work (see Dobrin's distinction)? More importantly, would this allow our students to produce "intellectual" rather than “academic work,” which are mere exercises in the ultimately useless academic genre of the first year composition “research paper?” – an act of imitation and approximation rather than invention? What if, as Dobrin implies, we stop thinking about what we want our students to be as subjects and  allow them to producers in the space and place of intellectual work? Is this too much to ask? Is this too much for our students to handle—to do serious intellectual work in their own right, even if they have no intention to become “academics”? We’re not talking about journal articles, we’re talking about invention in the middle voice.
Posted by Jtriley at 12:42 PM