The (In)authenticity of Joaquim Phoenix's I'm Still Here: A Response

The following post was initially meant to be a short response to a blog I regularly read called Pirates and Revolutionaries. The original post can be found here:
http://piratesandrevolutionaries.blogspot.com/2011/05/death-of-selfhood-pathetic.html
I’d like to thank Corey for this post and continuing to put up fascinating posts that consistently catalyze responses.
This post intrigues me, as the question of "authenticity" plagues existential phenomenological discourse from Heidegger, Sartre,and  De Beauvoir. Authenticity as a sense of respect for self is an interesting way of putting it. If self is ultimately a performance, then in order for the performance to be authentic one needs to fully invest oneself in that performance--otherwise, the performance comes off as a cheap thrill. For Sartre, authenticity is a difficult subject because our ontological condition is one of bad faith. Authenticity is never a stable state of being because we are always in bad faith. Every time we define ourselves as this or that, we forget that we are also that being which has possibilities (freedom). Every time we affirm complete freedom, we forget that, to use Heidegger’s terms, we are also de-limited by our facticity and state-of-mind. Phoenix, paradoxically, affirms himself as an actor because he decides that he wants to act in a fake documentary as himself trying to be a rapper. But while actors seem to have absolute freedom in performance of self, they too are limited by their facticity—their race, gender, class, fame, reputation, attitude, etc. Phoenix cannot transform himself into an ‘authentic’ black hip-hop artist, so he transforms himself into a ‘hipster’ hip hop artist—looking more like an indie singer songwriter than P. Diddy. Phoenix is unable to escape his own facticity. Thus, perhaps although P. Diddy thinks that Phoenix is not ‘respecting’ the self he is creating, perhaps what he means is that Phoenix doesn’t fit the profile for a rapper (and we might agree). 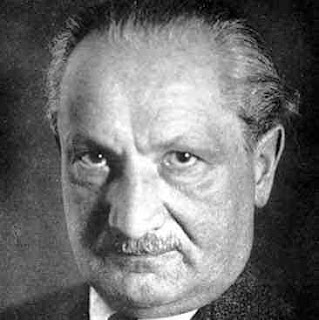 The funny thing about this is that I almost wrote that maybe P. Diddy doesn’t think that actors can become musicians. We have seen numerous examples of musicians/rappers becoming actors: Ice-Cube, 50 Cent, Eminem, Marky Mark  (Mark Wahlberg--see film discussion below) Perhaps Phoenix and Affleck thought they would see if the reverse were possible—actors becoming hip hop artists. We have also seen many actors become “musicians”—Miley Cyrus, Hilary Duff, Gwyneth Paltrow, Jamie Foxx etc. True, these are usually kids but I’m sure I can find some examples of others. We tend to think of the transition from musician to actor as ok—Ice-Cube is actually quite a good actor, but the reverse usually falls flat—it seems “inauthentic” to us and, in the case of the child attempts, the music frankly, sucks balls. Perhaps this is because acting is something we are all capable of because we do it every day—we perform ourselves for others. Acting allows us perform our freedom. Music, on the other hand, is something that we do not all do—music involves fitting oneself into a particular niche within a large tradition. Acting has that too to a certain extent, but there is something about music that almost requires a certain authenticity. Keep in mind that I am not saying music is nothing like acting—indeed, we see from the personas of people like Marilyn Manson, Lady Gaga, G.W.A.R., Slipknot, etc. that there is a performance aspect. 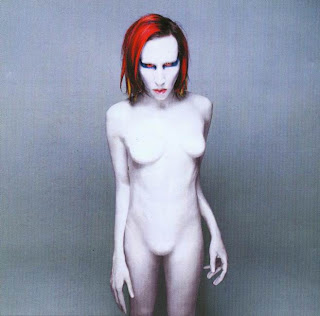 Or perhaps, as you say in your post, Phoenix is merely creating the appearance and persona of a musician rather than devoting himself to the music itself. In other words, his musicianship is merely a function of his acting. As much as I hate Miley Cyrus, Hilary Duff, etc. even though they didn’t do it  all by themselves—they put in the time and resources in order to actually make (dare I say it?) music. To play out your connection between Death of a Salesman and I’m Still Here, rather than showing the inauthenticity of the self, show the inauthenticity of the American Dream itself. If the American Dream is to be a self-made man, then P. Diddy’s confrontation with Phoenix and Phoenix and Affleck’s desperate attempt to just “be” another person shows that you cannot just do this all by yourself—you must make the necessary connections and relationships in order to succeed. We know that Cyrus, Duff, Paltrow owe a lot to the people who helped them become musicians—the producers, the editors, the sound guys, the trainers, etc. etc—Phoenix seems to think that he can make this transformation without the help of others. How long did it take him to prepare for Walk the Line? How much research and work did he do in order to sing like Johnny Cash? How many people helped him transform himself into a musician? T. Bone Burrett, a master at making nostalgic music, obviously helped the project. In other words, Joaquin worked through the process with others and transformed himself materially and not just creating a persona, an appearance.
Could Joaqiun Phoenix ever become as much of a rapper as much as he became Johnny Cash, even if he invested time, energy, money into learning the art? Is Phoenix’s rapper persona sophistry and does this open up Plato’s endless debate with the sophists? I would say that Phoenix does not take sophistry seriously, because he does not take into account the context of his transformation. He is trying to “become a rapper—in the sense that he seems to want to alter his whole “self” into a rapper. He obviously is not even paying attention to the appearance of a rapper, as we already pointed out above he looks more like an indie singer-songwriter. Thus, contrary to what we may have thought, he does not follow the Sophists, but the Platonists in attempting to form an “authentic” self and soul of a rapper, without taking into account the necessary transformation of appearance, context, and lifestyle. 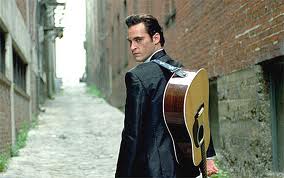 To say that authenticity comes from respect for self, is to assume that self is ontologically prior to performance. I would argue, even without having seen the film (but I will watch it—soon), that Phoenix is trying to create a counter-narrative to the side of him we have seen in his films and public performances—attempting to deconstruct our image of who Phoenix really “is.” But going even further than that—Phoenix seems to be revealing that the transformation of the self comes from a diffusion of the self rather than a commitment to an authentic being—“a rapper” in essence. The transformation of himself into a rapper would involve a change in appearance, attitude, investments, acquaintances, etc. He is not committed to this work, preferring to claim an essential transformation of the self and the soul. This answers the above question about why Phoenix is able to become Johnny Cash—because he transforms not his essential ‘self’ but acts like, talks like, sings like, looks like Johnny Cash.
Furthermore, I would like to think that Phoenix and Affleck are saying something about the documentary style itself—that to document someone’s life is always already a fictional self and persona, which already has a frame. This is evident in David O. Russell’s amazing film The Fighter, where Dicky (Christian Bale) and the viewer for part of the film think the documentary filmmakers are composing a documentary about his boxing ‘comeback’. However, the viewer finally knows the truth when Dicky is in a cheap drug house and asks the director “What is the documentary about again?” and the director says “We’ve already told you, its about  crack addiction.” Thus, the documentary displays Dicky’s life as a function of his crack addiction, whereas the film (the “fiction”) displays Dicky as part of other narrative’s as well—his brother’s rise to be a great boxer. Coincidentally (?), his brother is played by Mark Wahlberg, previously known as Marky Mark, from Marky Mark and the funky bunch (see below). Mark Wahlberg has earned his place as a respectable actor—less so as a respectable musician. The hit they had in the 80s is still played, but this is not his primary focus. Wahlberg no longer looks like and acts like Marky Mark—that self has been traded in for his various acting and real-life personas.
In the "Making of the Figher" we find that Wahlberg actually trained for years in order to play the role he played in The Fighter--how long did Joaquin train for Cash? How long, do you think, he trained for his 'rapper role'? Did he? Is it even a "role"? Is it even a performance?
Posted by Jtriley at 12:32 PM